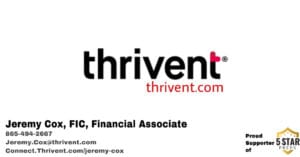 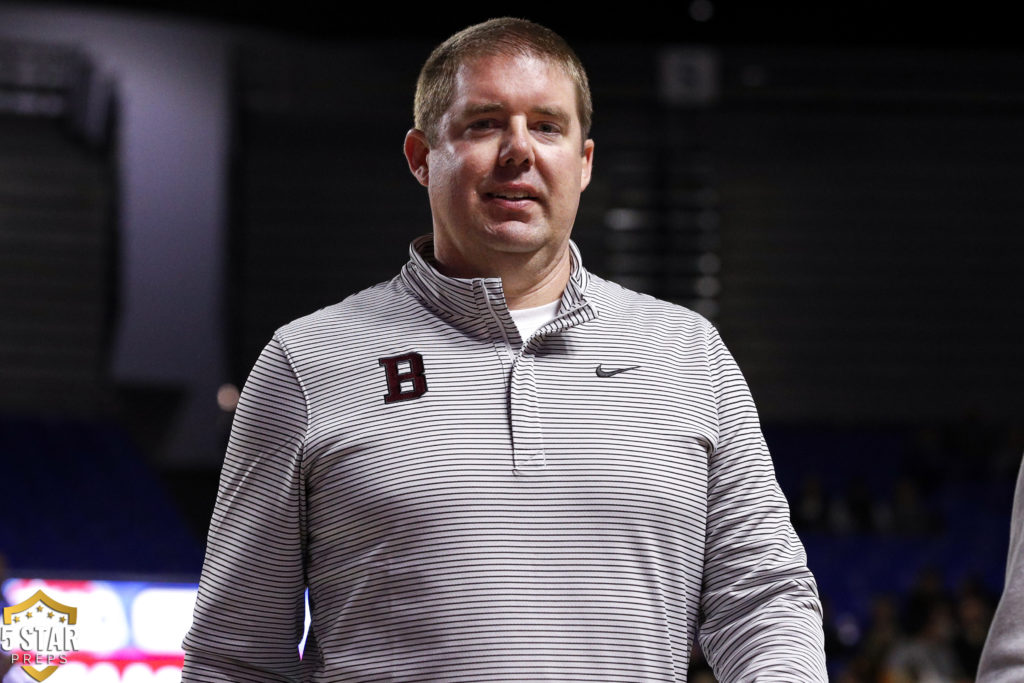 The Farragut Admirals took on the Bearden Bulldogs in the TSSAA Class 4A state championship at Murphy Center on Saturday, March 12, 2022, in Murfreesboro, Tennessee. The Bearden girls won 52-34. (Photo by Danny Parker)

COACH OF THE YEAR: Justin Underwood, Bearden
Underwood led Bearden to a 36-3 mark and the program’s first-ever girls’ basketball state championship. The Lady Bulldogs defeated rival Farragut in the Class 4A state championship and ended the season on a 22-game win streak. 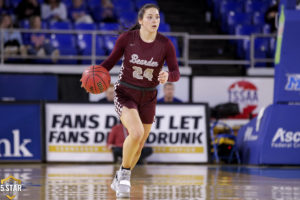 Emily Gonzalez (Bearden, senior, guard)
A relentless competitor with a penchant for clutch shooting, Gonzalez finished off her high school career by averaging 14 points, four rebounds and three steals per game as a senior. She has signed to play for Carson-Newman. 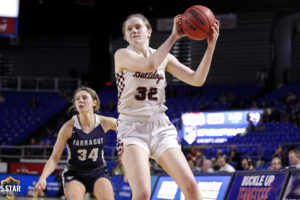 Avery Treadwell (Bearden, junior, post)
A mismatch for most at 6-foot-3, Treadwell earned Class 4A state tournament MVP during Bearden’s march to a state title. During the 2021-22 season, she averaged a double-double with 15 points and 10 rebounds per game. She also averaged three blocks per game. 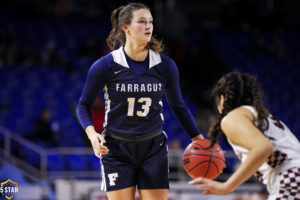 Avery Strickland (Farragut, senior, guard)
The recent Pitt signee helped guide Farragut to its first-ever appearance at state and first-ever appearance in the state final with 18.4 points, 6.8 rebounds, two assists and two steals per game. She led the Lady Admirals with 81 made 3s in 2021-22. 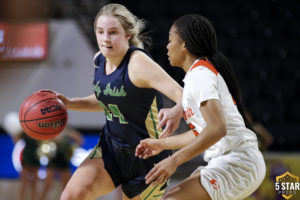 Sydney Mains (Catholic, sophomore, guard)
The 5Star Preps Underclassman of the Year for a second consecutive season, Mains averaged 21.4 points as a sophomore to go with 7.5 rebounds, 3.4 steals and 1.2 blocks. She shot 40 percent from 3 and made a team-high 95 treys. 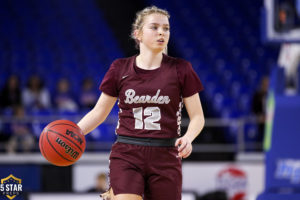 Bailey Burgess (Bearden, senior, guard)
Burgess, a Lee University signee, had one of the better postseasons of any player around, shooting lights out from the perimeter. She wound up averaging 10 points, five assists and two steals per game while helping propel Bearden to the Class 4A state championship. 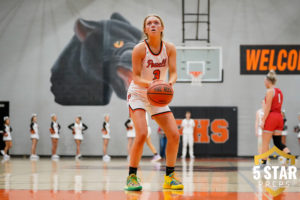 Reagan Trumm  (Powell, senior, guard)
A skilled and veteran guard, Trumm evolved her game throughout her prep career. She scored more than 2,000 career points and averaged 25 points, five rebounds, two assists and two steals per game as a senior. She signed with Western Carolina. 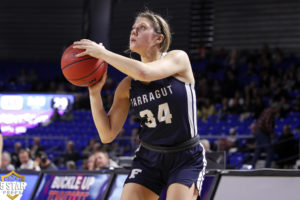 Keeleigh Rogers (Farragut, senior, forward)
A versatile player who can handle guard duties and also operate in the post, Rogers proved key in Farragut’s run to a Class 4A state runner-up finish this past season with 13.6 points, 3.8 rebounds, 3.5 steals and 2.8 assists per game. She signed with Carson-Newman. 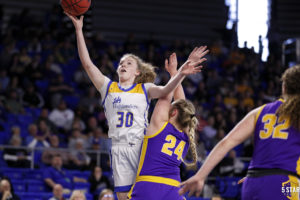 Maddy Newman (Gatlinburg-Pittman, sophomore, forward)
The Lady Highlanders won 28 games and made a run to the Class 2A state semifinals. The 6-2 Newman played a huge role in that with 21.2 points, 7.8 rebounds, 2.7 blocks, 2.2 steals and 1.8 assists. She picked up offers this spring from MTSU and Murray State. 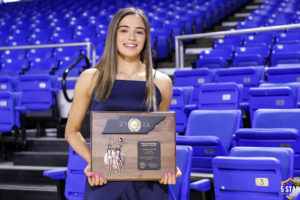 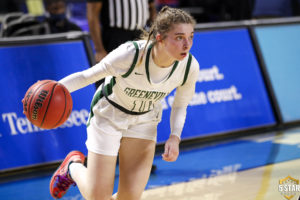 Lauren Bailey (Greeneville, junior, forward)
A 6-foot scorer, Bailey can fill it up from the 3-point line (36 percent shooter) or get physical in the paint. She led Greeneville to a state tournament appearance with 18.2 points, 7.8 rebounds and two steals per game. She averaged more than 23 points per game in the postseason. 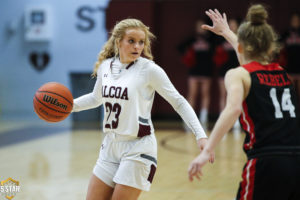 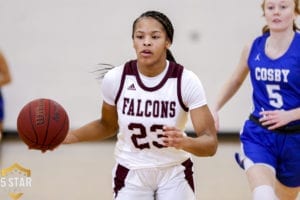 Sammy Taylor (Fulton, sophomore, guard)
A Division I prospect from the Class of 2024, Taylor wound up MVP of Fulton’s district and region. She finished her sophomore season with these averages: 22.7 points, 7.2 rebounds, 4.6 steals and 4.5 assists. 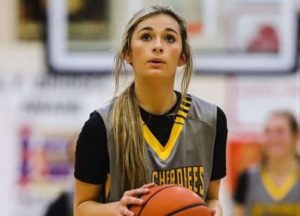 Peytyn Oliver (McMinn County, junior, guard)
One of the better-kept secrets in Tennessee high school girls’ basketball, Oliver’s name and skill set won’t stay hidden much longer. She averaged 24.6 points as a junior with four rebounds, three assists and two steals per game. She shot 86.6 percent at the foul line. 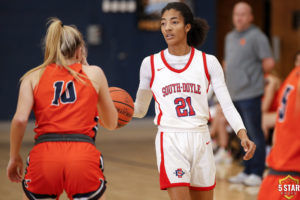 Terryauna Griffin (South-Doyle, senior, guard)
Griffin has been of the Knox County’s top scorers for a few seasons now. As a senior, the Lander University signee averaged 22.9 points with 5.1 steals and 4.5 rebounds per game. 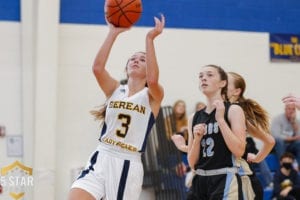 Gracie Palmer (Berean Christian, senior, guard)
Though signed to play softball at Lincoln Memorial, Palmer showed she’s a two-sport star once again this past season with 25.8 points, 10.3 rebounds, 5.9 steals and 3.9 assists per game. She finished with 2,138 career points. 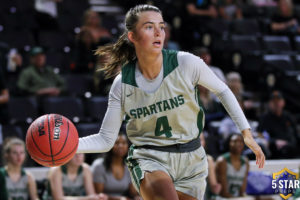 Madelyn Ladd (Webb School of Knoxville, junior, forward)
Webb reached the Division II-AA state semifinals this past season, and Ladd is one of the main reasons why the Lady Spartans are optimistic about their outlook for the 2022-23 season. The Carson-Newman commit averaged 13 points and six rebounds per game as a junior. 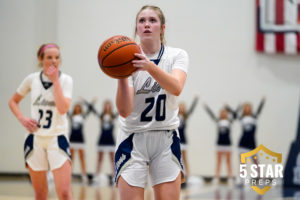 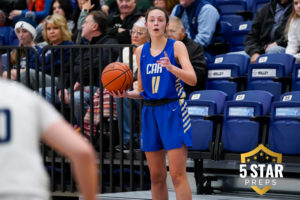 Keira Leffew (CAK, junior, forward)
Leffew proved to be a double-double machine for CAK in the 2021-22 season, racking up 15 of those. She helped lead CAK to a Division II-A state semifinal appearance with 14.3 points, 9.3 rebounds, 2.6 blocks, 2.5 assists and 2.1 steals per game. 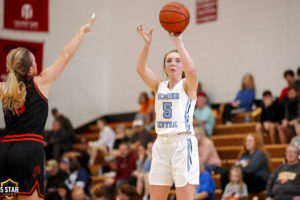 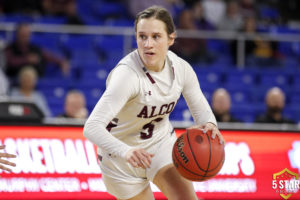 Macie Ridge (Alcoa, junior, guard)
A player who thrives on toughness and consistency, Ridge helped power an Alcoa run to the state semifinals with 13.6 points, 5.9 rebounds, 3.2 assists and 2.0 steals per game.