The Farragut Admirals faced Clarksville in the winners’ bracket final of the TSSAA Class 4A state tournament at Starplex on Friday, May 27, 2022, in Murfreesboro, Tennessee. Farragut won 11-0 in five innings. (Photo by Danny Parker)

At first glance Farragut’s 2022 repeat as state softball champion appears to be a carbon copy of 2021.

The Lady Admirals finished 44-3-1 this season on their way to the state title.

That came on the heels of another state tournament title drive the year before where Farragut posted a similar 37-2 worksheet.

Same endings, but much different paths. 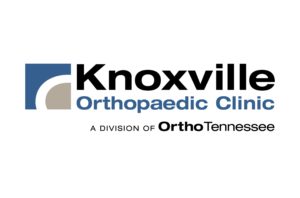 KOC is the proud sponsor of 2022 5Star Preps Softball Teams. For over 70 years, KOC has emphasized a unique practice of specialty orthopaedics. Click on their logo above to set up an appointment today.

In 2021 the Lady Admirals were an overpowering juggernaut whose road to the state title was almost hurdle free.

This season Farragut overcame injuries, a midseason lull and a stumble in the first round of the district tournament.

“It definitely was a different year,” said Farragut senior Avery Flatford, the repeat 5Star Preps Pitcher of the Year honoree.

“It was a different dynamic and everything. It was definitely more challenging to get to state. We had rocky patches, but we kept our heads up and in the back of our minds knew we could go back to state.”

Flatford’s health was one of the storylines of the season for the Lady Admirals.

She had lingering issues from offseason hip surgery and struggled with shoulder and back tightness during the season.

“My shoulder started hurting about halfway through the season,” said Flatford.

“It was challenging. After games I took cryo (cryotherapy) and was icing about my whole body.”

Farragut coach Nick Green said Flatford also had to deal with familiarity in 2022.

Flatford was almost unhittable as a junior, going 22-0 with a 1.34 ERA, three no-hitters and 10 shutouts. She was simply overpowering, with 279 strikeouts in just 141 innings of work.

“She came out and surprised everybody (as a junior),” said Green.

“Nobody had seen that style of pitching in a while. This year was a little more complicated. She wasn’t going to be a surprise any more. Everybody was going to be prepared for her.”

Injuries took a relative toll on Flatford’s performance during parts of the season.

“Her Ks were not as staggering as her junior year,” said Green.

Flatford said a big key during the regular season was teammate Emma MacTavish, who helped shoulder much of the pitching load. 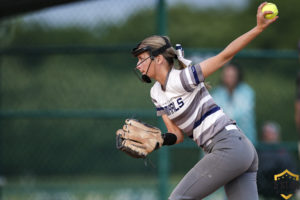 The Farragut Admirals faced Clarksville in the winners’ bracket final of the TSSAA Class 4A state tournament at Starplex on Friday, May 27, 2022, in Murfreesboro, Tennessee. Farragut won 11-0 in five innings. (Photo by Danny Parker)

MacTavish came through big time and finished with a 20-2-1 record.

“The team and I trusted Emma enough to go out and do her job, and she did,” said Flatford.

As postseason neared and she was able to get some much-needed rest, Flatford’s health improved.

After a stunning 7-6 loss to Maryville in the first round of the District 4-4A tournament, Farragut caught fire.

The Lady Admirals reeled off 12 consecutive postseason wins from there.

With Flatford back in top form, Farragut outscored its seven opponents in regional, sectional and state tournament play by a combined 43-2.

“Avery really picked it up in the postseason,” said Green.

“She was just outstanding from the region on.”

Green said pitchers like Flatford come around once in a lifetime.

Flatford wasn’t that far from being undefeated for her career.

Her only loss this season was a 2-0 setback to Science Hill.

She lost 3-2 to Halls and 1-0 to Jefferson County as a freshman.

“She won back-to-back titles – that hasn’t been done in a while,” said Green.

“And she was always good when it was time to shine.”