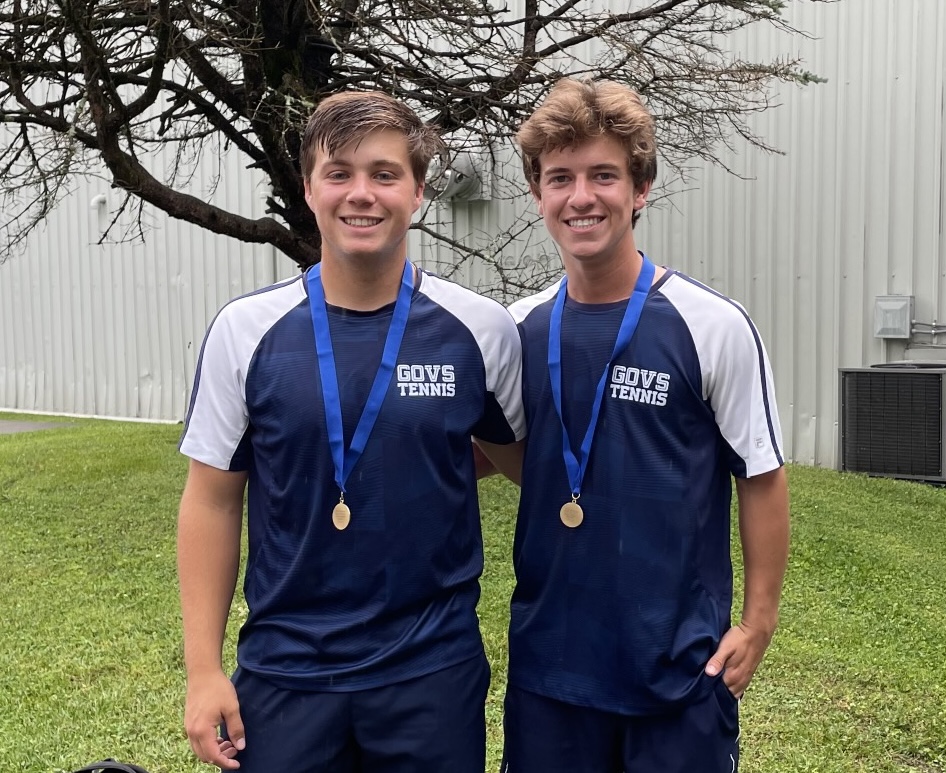 One of his buddies, John Macon, asked him to try the sport.

“John was like, ‘We need somebody to play or we’re not going to have a team’” Cupp recalls. “I’d never picked up a tennis racquet in my life, so I was like, ‘OK’ and I went out there and started playing and ended up really liking it.”

Five years later, Cupp and Macon made history this spring as juniors for William Blount High School tennis, leading the Governors to the Region 2-AA championship and a state sectional (quarterfinal) while advancing to the Class AA state doubles quarterfinals. William Blount had never sent a player to the boys’ state tournament or had a boys’ team win region and play in a sectional.

And it all started in middle school for Cupp and Macon.

“After I played sixth grade,” Macon said, “we weren’t going to have enough to have a team (at Union Grove). I got three of my friends to play, and Bayler was one of them. Not to take credit, but I got him into tennis.”

Macon and Cupp led William Blount to District 4-AA and Region 2-AA titles before a 4-1 loss at Johnson City Science Hill in the sectionals.

They are the 5Star Preps Co-Players of the Year for 2022 after finishing the season with a 24-1 doubles record.

“That was really fun,” Macon said of the postseason run. “I was expecting it. I always have high hopes for our team, every year. To make it that far was really cool. That was something we had never experienced at William Blount. I wish the outcome with Science Hill was a little different, but that’s OK. We’ll get ’em back next year.”

In the loss to Science Hill, Macon and Cupp won their doubles match, and both were still playing singles matches when the Hilltoppers clinched the match.

“No other (William Blount) team had made it as far as we did,” Cupp said. “Even in the district final (a 4-3 win over Bearden) when our No. 5 player (Addicus Coulter) had to save three match points for us to win, we ended up winning district, and then went to region and beat West, and went to the substate match and lost to Science Hill. They were a good team, Science Hill was, especially farther down the lineup. There was no big difference from one to four. They were all pretty good.”

Macon played No. 1 singles this season while Cupp – enduring tendinitis in his hand – played a shortened season at No. 2 singles. They played in reverse order for singles in 2021.

Cupp missed several matches due to the tendinitis and even played one of his matches right-handed (he’s left-handed).

“It ended up getting better midway through the season,” said Cupp, son of William Blount athletic director Scott Cupp. “I could finally say I didn’t feel any more pain.”

While Cupp dealt with the hand issues, Macon balanced tennis and baseball at William Blount, playing outfield for the Governors. He was used primarily as pinch runner and isn’t sure if he will play baseball next season.

“As of right now, I was planning to just do tennis my senior year,” Macon said, “but I’m still playing summer baseball and coach (Justin) Young said I could come back if I wanted to (and play for William Blount), but I’m really focused on winning state next year (in tennis).”

Macon and Cupp’s only doubles loss was the state quarterfinal by an 8-3 score in a pro set to Station Camp’s Carter Ramthun and Chase Etheredge.

All state matches for individual singles and doubles were scheduled to be played by best-of-three-set format, but TSSAA opted to play pro sets due to rain on May 26 that forced play indoors in the morning and early afternoon (rains cleared by mid-afternoon).

“It was cool seeing a bunch of kids from all over the state because you don’t see all those kids in East Tennessee,” Macon said. “Getting to see the kids from Memphis, the state champions from Collierville. You get to see who’s the best in the state and what you have to do to get to that point and see how good you are. It was a good experience. I was pretty mad after it (the match), but looking back at it now, it was a good experience.”