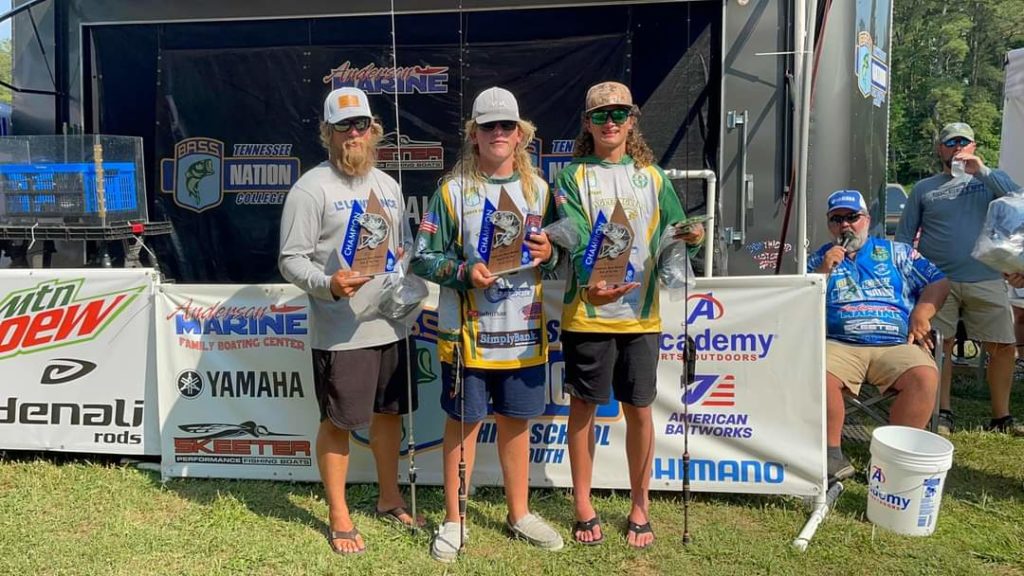 They were doubly motivated for the event on Woods Reservoir near Tullahoma.

Cranfill and Ray needed a 17th-place finish or better to clinch the season-long Angler of the Year honor and the TBN’s points title for six tournaments.

And their boat captain, Camdyn’s dad Hagen Cranfill, wanted to make amends for his boat’s malfunction in a previous event on Watts Bar that cost them a good finish. 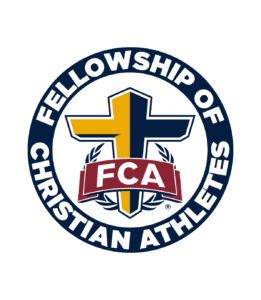 “I promised them after the mess-up at Watts Bar,” Hagen said, “that we were going over to Woods Reservoir and come out swinging off the trailer in the State Open, and that’s exactly what we did.”

With Hagen driving the boat again, Ray and Camdyn Cranfill started fishing on the overcast Saturday morning before the clouds cleared and landed the five-bass limit weighing 14.55 pounds, clinching first place in the State Championship and Angler of the Year honors for the TBN’s Junior Division.

It was a surprise when weigh-ins were completed and Cranfill and Ray were atop the leaderboard.

At least for them.

“We were shooting for 17th place,” Hagen Cranfill said. “That’s the number I had in my head. I told them driving in, ‘You probably didn’t win.’ The thing was, I didn’t realize the bite for everybody was hard, not just the quality of bites but the number of bites.”

By winning the State Championship and points race, Cranfill and Ray double-qualified for the Nationals on Carroll County Lake in late July.

“They had an exceptional year,” Cranfill said. “It’s something that’s blown me and James (Ray, Owen’s father) away. They’ve had good finishes all year. Me and James are walking away, shaking our heads because they’ve done so well. But they’ve worked hard at it.”

The Rhea County duo won by more than a pound over second-place Peyton Davidson and Camden Randell of the Mount Pleasant High School Junior Bass Team, whose four keepers weighed a combined 13.35 pounds, including a 5.38-pounder.

Carter Elliott and Christian Cagle of Meigs County Junior Bass were 14th with three bass weighing 8.1 pounds, including a 5.86 pounder.

“I believe Owen caught that one,” Hagen Cranfill said. “They actually lost one earlier in the day that was over 4 pounds when it slung the bait right before they got it in the boat. In practice we caught several that were over 4 pounds.”

It was their second visit this year to Woods Reservoir, where they finished fourth in a TBN Central Division event.

And they were prepared for the Saturday start, having spent the previous four days on the lake checking it out and pre-fishing.

“We spent several days looking,” Cranfill said. “We were there for a Tuesday night (local) event, and the guys who won it had 21.53 pounds, and they said they were fishing deep.”

That’s not what worked for Cranfill and Ray come Saturday.

“We had already looked deep,” Hagen Cranfill said. “We simply couldn’t make it work. We did all our damage in grass on worms and a jig, and we caught all our fish in probably a 300-yard circle.”

WINNING THE TOUR … AND MORE

They won last Nov. 13 on Douglas Lake with a weight of 12.99 pounds and the Open title at Woods Reservoir. They had second place finishes last Sept. 25 o Pickwick Lake, this March 26 on Chickamauga, and April 9 on Old Hickory Lake.

They were .05 pounds off the winning weight at Pickwick and lost a 5-pounder at Old Hickory that would have won the tournament.

And they won Angler of the Year for the TBN Central division and fished two Bassmaster Opens this year with a seventh-place finish at Harris Chain of Lakes in Florida and a 10th at Smith Lake in Alabama, where Rhea County’s Turner Tharpe and Blake James qualified for Nationals by finishing second.

They’re willing to do what it takes to be competitive.